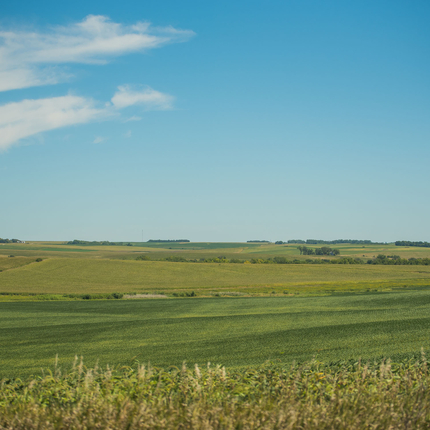 On Oct. 9, the U.S. Department of Agriculture (USDA) released a final rule for the Conservation Stewardship Program (CSP). This rule follows an interim rule published on Nov. 12, 2019, for which the USDA sought public comment. At that time, we shared our recommendations to further improve the program.

See below for our response to the final rule.

We are writing in response to the final rule for the Conservation Stewardship Program (CSP). The Center for Rural Affairs has been a longtime champion of CSP, as a valuable working lands program that supports farmers in being good stewards of the land. Thank you for releasing the final rule for this program.

This letter is to respond to certain regulatory decisions that NRCS has made in the final rule, and to highlight several important areas where NRCS maintains administrative discretion that would further support farmers and ranchers in the program. We ask you to prioritize these issues and requests in your agency’s implementation of the program, under both the current and upcoming administrations.

The summary of our comments is as follows:

These points are further discussed below.

While we are very grateful that some state NRCS offices are following our original recommendation of setting signup deadlines earlier in the fiscal year and outside of planting season, we are concerned that this is being done inconsistently across states and without sufficient outreach to alert producers of major shifts. For example, in Nebraska the FY20 CSP signup deadline was in late May, while the FY21 deadline is in late November, a difference of six months.

We respectfully suggest that coordinated national strategy regarding setting of and outreach on signup deadlines would be a more effective approach.

2. Provide standard, centralized guidance to states regarding which elements of administering CSP should be brought to the State Technical Committees.

On a number of topics, the final rule states that local input and decisions are under the purview of State Technical Committees (STC) and generally outside the scope of the rule. We urge NRCS to release standardized annual guidance for NRCS’ State offices, to ensure all STC’s are requesting similar and needed input from stakeholders. This will help bring about more even incorporation of stakeholder input on the program among different states.

We request such standardized guidance solicit STC stakeholder input on these items, as well as others identified in 7 CFR 1470:
a) ranking pools, including those for organic, beginning, and socially disadvantaged producers, and for renewals
b) how to prioritize soil health under the program
c) requesting local input in the review of practice standards; and
d) setting signup deadlines.

3. Maintain separate ranking pools for both groups of beginning and socially disadvantaged producers.

NRCS has historically provided policy guidance that requires States to establish separate fund pools for beginning farmers and ranchers and socially disadvantaged farmers and ranchers. Changes to the suite of NRCS business tools have allowed States new flexibility in managing applications from these historically underserved groups. As a result, NRCS is not incorporating requirements specifying these ranking pools in the final rule.

NRCS will, however, continue to ensure that historically underserved groups continue to have access to CSP.

Because the parameters of this “new flexibility” are not described in greater detail, one read of this text is that it will be at States’ discretion on whether to maintain separate ranking pools for these two historically groups. While it may not have been NRCS’ intent to imply this, we strongly encourage NRCS to state clearly in public outreach on CSP the legal requirement that these funds are available for historically underserved groups, and NRCS’ intention is that these underserved groups have access to CSP in every state.
We also strongly urge NRCS to maintain separate ranking pools for these groups in every state.

We support NRCS’ inclusion of soil health as a new priority under CSP. We look forward to working with NRCS on how this new priority will be implemented.

In the FY20 signup process for CSP, we note that the CSP ranking formula uses five categories, each assigned points, which must add to 100. These five categories with their default point values are: vulnerabilities (5), planned practice points (40), resource priorities (25), program priorities (20), and efficiency (10).

In order to balance the ways in which CSP contracts both reward ongoing conservation and new conservation, we ask that NRCS adjust these point values to place greater weight on the program priorities category.

We appreciate the clarification in the 2020 final rule on why the $400,000 limitation was selected in CSP’s 2010 rule, and the Cost-Benefit Analysis discussion of the impact of this $400,000 limitation for joint operations. However, we disagree with NRCS’ analysis that lowering the joint operation payment limitation to $200,000 is a net negative. Our original CSP comment stated that this higher limitation for joint operations reduces the amount of funding available for small and mid-size family farms, instead funneling greater funds to the largest operations. The Cost-Benefit Analysis states that $43.7 million could be saved per signup by applying this $200,000 limitation to all contracts; these funds represent up to 9.1 percent of acres annually enrolled in CSP. We maintain that government programs such as CSP should not support the largest operations if it means closing off pathways to opportunity for small and mid-size farms. If this $43.7 million in savings were instead used to fund worthy applications from the general application pool, it would create greater opportunity for small and mid-size family farms to access CSP contracts. Therefore, we still urge NRCS to lower the payment limit to $200,000 for joint operations.

To increase participation in CSP from organic producers, we request increased outreach and support to organic producers eligible for CSP. For a state-specific example, we note also that demand for the organic ranking pool in Iowa in 2020 was low enough that no applications were unfunded, while ranking pools for general agricultural land and beginning farmers had many unfunded applications. We look forward to supporting state NRCS offices to increase outreach to the organic community about CSP signups.

Our original comments included a request that NRCS work to align CSP with EQIP. One notable area on this topic is that the EQIP payment rates for various conservation practices is generally much higher than that for CSP. For example, the Iowa payment schedules for 2019 for two cover crop practices are shown below:

We ask that NRCS provide a clear public explanation as to how payment schedules of  the two programs are calculated, and demonstrate how lower payment rates for CSP do not disincentivize participation in the program.

10. Accept comments by mail, and maintain business practices for those without internet access.

We wish to remind NRCS that access to rural broadband is a major barrier for many rural communities. While we applaud NRCS’ efforts to expand digital and online offerings in program application and implementation, we note that a weakness in these efforts is poor access to broadband in many rural areas where CSP applicants and participants are located. We ask that NRCS work to maintain strong business offerings that take into account access for producers who do not have strong internet access at home, and the needs of NRCS staff and producers conducting required field visits where access to internet signal is often poor.

Thank you for your consideration.

END_OF_DOCUMENT_TOKEN_TO_BE_REPLACED 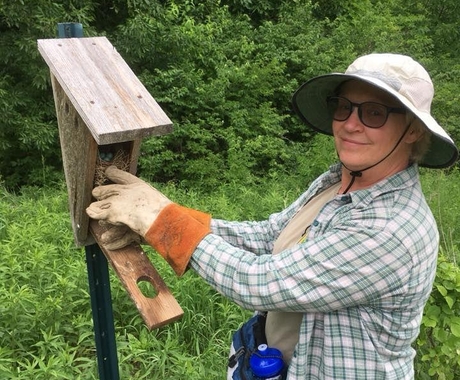 Kate Hansen
09.15.2021
Iowa teacher works to leave legacy of conservation
For Margaret Hogan of Earlville, Iowa, prioritizing conservation means sharing it with the next generation. A farmer and landowner who implements conservation practices, Margaret is also a science... 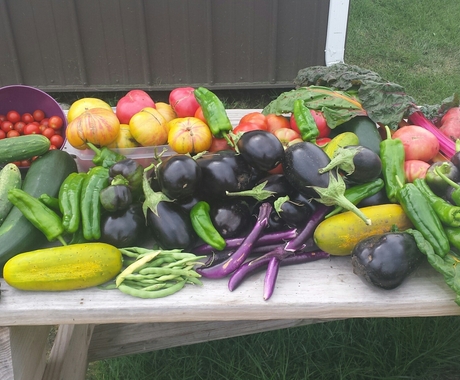 Teresa Hoffman
09.08.2021
Working together, creating awareness can strengthen local food system
While working as a software engineer, Gary Fehr took an interest in learning where his food comes from, why it matters, what methods are used, and how they affect the environment and local economies... 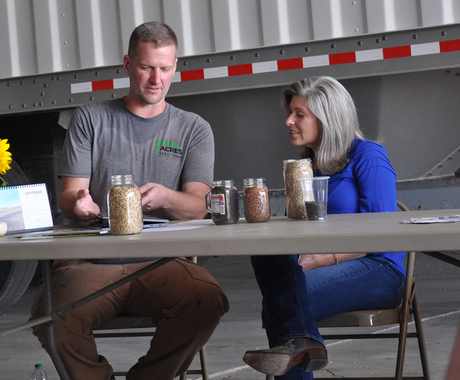