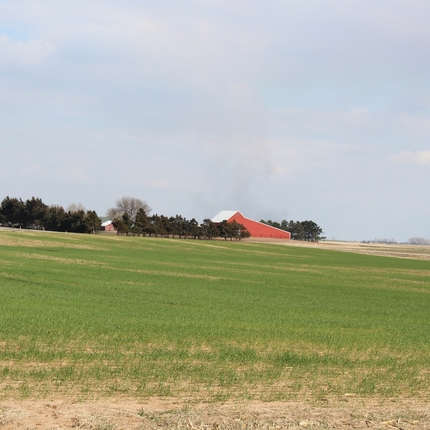 Connectivity is the defining aspect of our 21st-century economy. Access to broadband internet offers the best in education, health care and economic development. Whether we’re learning a new language, taking care of a loved one or managing a farm, Nebraskans have a clear demand for connectivity.

We trust service providers to supply this demand with affordable, reliable service. We trust lawmakers to create a stable policy environment where this is possible. To do this effectively, both private industry and public officials need access to accurate data and objective information.

That’s where we fall short.

Most states, including Nebraska, are relying on incorrect and misleading statistics to report and map access to broadband services. When they use this faulty data, resource allocation decisions miss the mark. This has led to hundreds, if not thousands, of rural Nebraska households being left behind.

How does this happen?

The Federal Communications Commission collects data on the location of broadband service areas with – and without – access through Form 477. This is submitted twice yearly by each company responsible for providing internet service and includes both wireless and wireline technologies. The form records access to broadband at the Census block level, of which there are 11,078,297 nationwide.

This is a fine approach in a town or city. Usually, if one house on a city block has access to services, there is a good chance the others do, too.

If only one household in an expansive Census block is counted as “served” by an internet service provider, all other homes and businesses within that area receive the same designation. This happens regardless of terrain, technology or distance.

Furthermore, internet service providers can mark a Census block as “served” even if no households have access. This takes place when the provider determines they could provide broadband access without “an extraordinary commitment of resources” – a phrase with no official definition.

This reporting method tells providers there is no reason to improve infrastructure or extend equipment to your home; it tells policymakers that programs to expand broadband to businesses across the state are not needed. It tells rural Nebraskans that today’s 21st-century economy isn’t for them.

Other states have implemented programs to address this issue. Kansas has just begun a comprehensive mapping initiative – Iowa has, too. In Minnesota, where mapping efforts are well underway, rural residents have been promised statewide broadband access by 2022.

In Nebraska, investments in broadband mapping are imperative to providing a clear picture of where the state’s limited resources are most needed. For far too long, we have based these decisions on information we know to be inaccurate and misleading. Doing so may be cheaper and easier, but that doesn’t make it right.

Connectivity is the defining aspect of a 21st-century economy, and thousands of rural Nebraskans are being left behind in an increasingly digital age. Meanwhile, our state doesn’t have an accurate picture of where service is available or reliable.

For rural communities statewide, investments in mapping can mean improvements in education, health care, and economic development. In the midst of a digital revolution, all Nebraskans need access to broadband – regardless of where they live.

Check out our white paper, Map to Prosperity, focusing on broadband access throughout the nation.

END_OF_DOCUMENT_TOKEN_TO_BE_REPLACED

Gladys Godinez
01.14.2021
Packing plant workers need better protections
Inside packing plants throughout our nation, workers continue to lack enough personal protective equipment, or PPE; don’t have enough space for social distancing; and continue to worry about what is going to happen to them.
END_OF_DOCUMENT_TOKEN_TO_BE_REPLACED