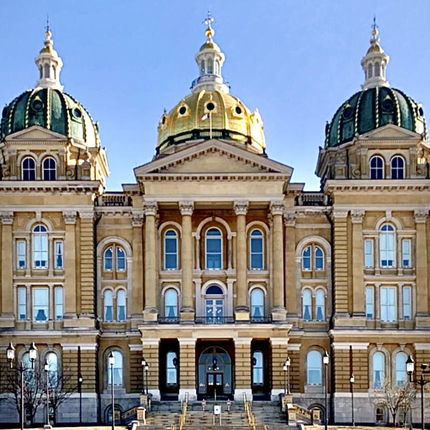 Last week marked the 12th week of the 2021 Iowa legislative session. On Friday, the second funnel deadline came and went. This deadline means that bills from one chamber must have made it out of the committee of another to remain alive. There are several bills which are exempt from the second funnel deadline, including those that deal with the state budget and those that are within the Ways and Means, Appropriations, or Government Oversight committees.

Following the funnel deadline, several of our key priorities remain viable at the Capitol. If you are interested in adding your voice to advancing rural priorities, such as solar energy, water quality, meat processing, and more, let us know.

Clean energy offers a significant opportunity to diversify the rural economy while generating cheap, renewable power for homes and businesses. Wind, solar, and other renewable energy projects help revitalize rural communities by taking advantage of their rich energy resources. New tax revenue from these projects helps shore up local infrastructure, like schools and emergency services, while reducing the local tax burden on rural people. Meanwhile, farmers and landowners receive land-lease payments from project developers in an unpredictable farm economy. In addition, new jobs are created by the increased demand for local manufacturing and project operators.

UPDATE: This bill has yet to advance out of the House Ways & Means Committee. However, this was expected as lawmakers awaited the budget estimates from the Revenue Estimating Conference last month. Now is the time when your voice could be the one to help move this bill forward. As a reminder, we’ve developed this tool you can use to send a customizable email to your state legislators. You can also contact them directly or write a letter to the editor of your local newspaper in support of this bill. We stand ready to assist you with your advocacy efforts at every turn.

HF 460—Against: An act relating to vegetation management by certain electric suppliers. As written, these bills give municipal utilities, rural electric cooperatives, and investor-owned utilities widespread authority to remove any vegetation within an electric distribution line corridor. We believe there should be changes to protect private property rights and conduct a clear assessment of the risks that may or may not be posed by existing vegetation. In addition, we are advocating for a clear remedial process for affected property owners.

UPDATE: This bill did not clear the second funnel deadline last week and will not be passed during the 2021 legislative session.

Clean water remains a key priority in our work at the Legislature, as each of us rely on it to produce our food, sustain our lives, and so much more.

We remain committed to implementing the Watershed Advancements That Enhance Resources (WATER) Pilot Program. This program would authorize the Iowa Department of Natural Resources to award three, three-year grants of $300,000 to eligible watershed management authorities to cover the expenses of staffing a full-time watershed coordinator. We were recently featured in a media story about this effort.

UPDATE: After passing the Senate Local Government Committee on March 30, this bill was referred to the Senate Ways & Means Committee. The bill passed the House on March 9 with a vote of 93-0, leaving the Senate as the bill’s final legislative hurdle. We support this bill because we believe counties should be able to use every available tool to protect rural communities from the devastating impacts of flooding.

This bill, introduced by Rep. Norlin Mommsen, would modernize language in the state code by including water quality and soil health in the authorizing language for Soil and Water Conservation Districts. Among the bill’s results are these:

UPDATE: This bill did not clear the second funnel deadline.

We have been working with lawmakers to secure investments in rural economies. From small meat processors, rural broadband access, to beginning farmers, our efforts have continued to inform bills aimed at creating opportunities in rural communities.

HF 857—For: An act establishing a Butchery Innovation and Revitalization Fund and Program to be administered by the Iowa Economic Development Authority and creating a task force to explore the feasibility of establishing a community college artisanal butchery program.

This bill, introduced by Rep. Chad Ingels, would give assistance to new and existing small meat lockers in the form of grants, low-interest loans, and forgivable loans to help them grow. The bill is designed to complement the Meat Processing Expansion and Development Program that ended in 2020.

UPDATE: This bill passed the full House Agriculture Committee on March 3 with a vote of 22-0 as well as the full House Ways & Means Committee on March 31. We worked with Rep. Ingels and members of the House Ways & Means Committee to include an amendment that caps the program eligibility to apply for local lockers who employ a total of 50 employees. This amendment was adopted and we believe with this change, the bill can more effectively meet the unique needs of Iowa’s local lockers. The bill is now eligible for a House vote.

SF 390 / HF 848—For: An act relating to broadband service, including matters under the purview of the Office of the Chief Information Officer, the Empower Rural Iowa Broadband Grant Fund, and including effective date and applicability provisions.

UPDATE: On March 29, HF 898 passed the House with a vote of 94-0. Upon passage, HF 898 was delivered to the Senate and attached to similar bill, SF 390, and added to the Senate calendar as unfinished business. This means the bill is eligible for debate and survived the funnel.

House Study Bill 1—For: This bill, sponsored by Rep. Lee Hein, relates to tax credits awarded by the economic development authority for specific capital contributions made to certified rural business growth funds for investment in qualified businesses. The bill would allow private investors to raise capital for funds dedicated to aiding rural small businesses. Contributions to those funds are then eligible for a tax credit. The amount of tax credit is contingent upon the number of jobs created by those businesses the fund is used to support.

END_OF_DOCUMENT_TOKEN_TO_BE_REPLACED 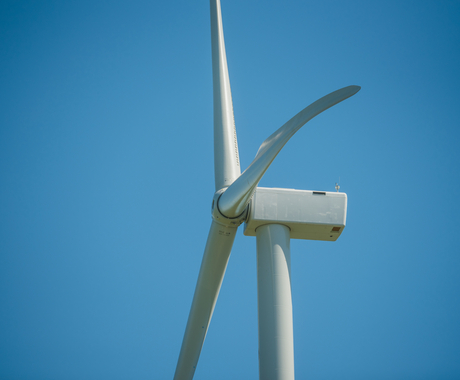 Derrik Conard
09.27.2022
Food cooperatives may be the future of rural America
Food insecurity and access to fresh foods, such as unprocessed meat and produce, are real concerns for rural Nebraska. As we experience the increasing cost of living and continued closure of small town grocery stores an emphasis needs to be placed on supporting local food businesses over national chains.
END_OF_DOCUMENT_TOKEN_TO_BE_REPLACED