Getting creative to fix affordable housing issues in rural Iowa 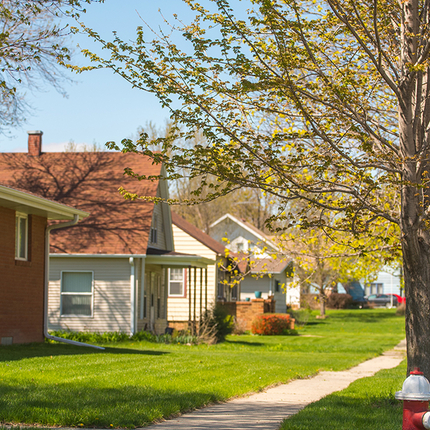 Higher mortgage rates and skyrocketing rents have fueled the nation's housing crisis. In states like Iowa, rural communities deal with the same market issues, but they point to existing efforts as a blueprint to increase access.

In the past decade, housing growth in rural areas was roughly 3%, which is far below suburban areas.

Alissa O'Connor, director of the Humboldt County Development Association, said over the years, they have established programs to help smaller towns in their area counteract housing shortages.

"We do have a very successful building trades program," O'Connor pointed out. "We utilize the high school students to construct new, or renovate existing, homes."

She noted they have purchased land to spur development in subdivisions. But groups tracking the efforts say not all areas have equal resources, and detailed planning is needed to see what fits. Rising construction costs are seen as another barrier to building more homes in rural settings.

Johnathan Hladik, policy director at the Center for Rural Affairs, said small communities also may not have as many contractors available for new development. But in his view, it should not stop local leaders from being proactive. He noted the remote-work movement is adding to competition for residents.

"This is the moment where people are interested in living in a rural area, and a community needs to do what it can to attract them," Hladik explained. "You need to have housing stock, and you need to have a good broadband. And if you combine that with good schools and a good quality of life, you're going to be in a really good spot."

There are existing government programs towns can use to help increase housing stock and attract developers.

"Some of that can be funded by local and county governments," Barron acknowledged. "But especially for rural, smaller communities, it really requires that state investment."