Clara’s Garden shows that a sustainable floral business is possible 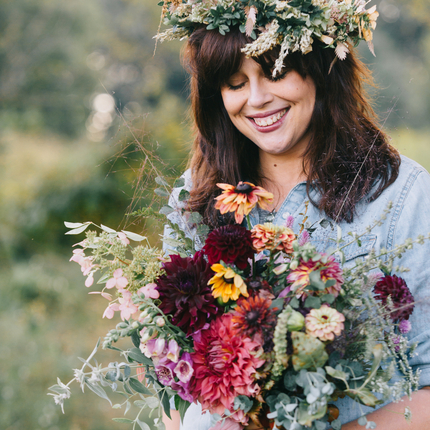 Being a florist focused on sustainability in the face of our changing climate may be difficult, but Mediapolis, Iowa, mother-daughter duo Meredith and Jen Hinson do just that.

Meredith began her floral career working for a local florist 15 years before opening her own shop—Clara’s Garden—in 2000. Jen joined the Clara’s Garden team when she moved back for the summer after teaching in Houston, Texas, for a few years.

But, Jen wasn’t intending on staying long-term, she was doing temporary work while applying for jobs in Chicago. That was 2003. Here we are in 2019, and Jen now leads the wedding florals part of the business, and Clara’s Garden recently moved to a larger space in the southeastern Iowa town.

The sustainability of their operation stems from the sourcing of their florals to how they dispose of remnants and used products.

“We would love to get all local flowers, but that isn’t practical due to the two largest days for our business being Valentine’s Day and Mother’s Day,” Jen said.

The duo source some of the flowers from a large garden they planted on their family farm, called the Hinson Family Farm, along with foraging in their timber along the Mississippi River. In addition, they have worked with a farmer in Ecuador and a distributor in Illinois for the past 15 years to purchase the flowers they arrange and provide for holidays, weddings, funerals, births, and all other occasions in between.

“We want the next generation to visit and to put their hands on and to have something there to use—with climate change, we are all going to have to adapt,” Jen said. “I am seeing the effects even with my floral garden being planted so late this year due to excessive rain and flooding.”

Other practices that Meredith and Jen have instilled in their operation include minimizing the use of non-biodegradable floral foam, composting used flowers and remnants, and rain barrels at their shop.

Jen attributes the sense of community they have in their sustainable floral business to the Slow Flowers Movement, which, according to their website, promotes and supports the purchase of American-grown flowers in the U.S.

Through a connection in that network, Jen adopted the mindset of “we take care of the Earth because it takes care of us.”

The Hinson Family Farm has a mindset of conservation in the face of our changing climate as well, which Jen attributes to her cousin, Jason, who chooses to fix things instead of buying new and has converted the farm to solar power.

Jen is passionate about family farms and Jason’s contribution to the Hinson Family Farms.

“If we ever get back to strong family farms, it will be people like Jason who will make the most impact,” Jen said.

The Hinsons have won awards for how they maintain their forest land and farmland, including the Conservation Faces of Iowa award from the Iowa Pheasants Forever and Quail Forever.

Jen said there is no reason a sustainable floral business couldn’t be repeated elsewhere.

“It is completely practical, it just takes time,” she said.

END_OF_DOCUMENT_TOKEN_TO_BE_REPLACED 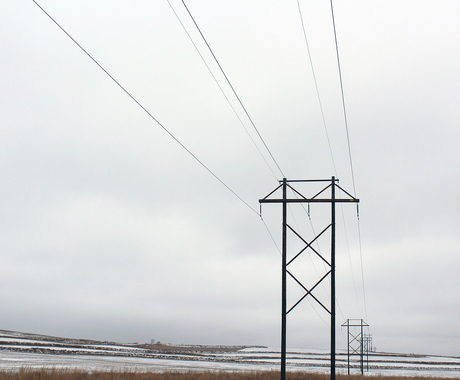