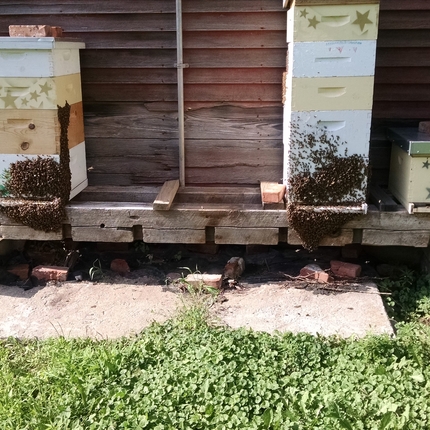 The honey industry has experienced a drop in the number of bee hives in production in the past decade. This decline is a result of a number of pressures on bee health and beekeeper retirement.

However, beekeeping as a supplemental farm income has increased in popularity over the past several years. Among the new beekeepers entering this industry are women, senior farmers, and those with disabilities. These newcomers are likely to struggle with the most commonly used beehive structure, the Langstroth hive, which can be large and heavy.

The Langstroth hive was developed in the mid-1800s by Lorenzo Lorraine Langstroth, a native of Philadelphia. He developed the vertical boxes stacked on each other with consideration to bee space, and could be opened from the top of the stack.

Bee space is between 6 to 9 millimeters wide. This prevents bees from building honeycomb where it shouldn’t be, but also leaves enough space for the bees to move around.

Modern day Langstroth hives are very heavy. A deep box, which houses the brood, can be around 80 pounds. There are traditionally two of these boxes per hive, with honey supers on top. Each honey super can be around 40 pounds.

This summer, my most productive hives had two deeps and three supers for a total weight of 280 pounds. I am lucky that I have my father to help me team lift the deeps and supers when we need to either harvest or inspect. However, not all new or existing beekeepers have help.

Our project will research several alternatives to the Langstroth hive design that are much lighter, including:

Bee lab staff will also visit the test apiaries twice each year for technical assistance and will be on call for questions from the participating beekeepers.

Inset photo: Bees are “bearding” or “hanging out on the front porch” on these hives in mid-summer. From the top of the hive on the left, the sections are: super, super, deep, deep. Deep boxes house the brood. Super boxes are where bees produce the honey. Not pictured are nuc boxes, which are used to hive a small colony of bees, usually a package, swarm, or split. Each box can be heavy for beekeepers, such as women, senior farmers, and those with disabilities. A new Center for Rural Affairs project will explore alternative bee hives for these demographics. | Photo by Kirstin Bailey

END_OF_DOCUMENT_TOKEN_TO_BE_REPLACED 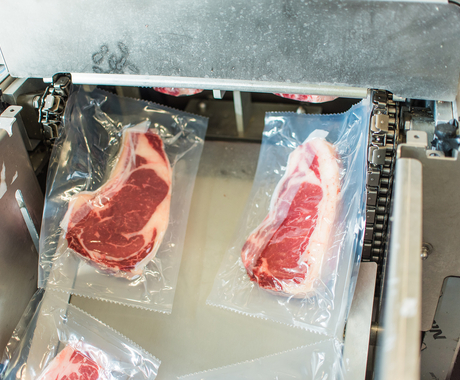 Johnathan Hladik
09.16.2022
With continued support, processors look to new opportunities
As the demand for local foods grows, small- and mid-sized meat and poultry processors are looking to make investments to expand their capacity, create new markets for their product, and train the next...
END_OF_DOCUMENT_TOKEN_TO_BE_REPLACED