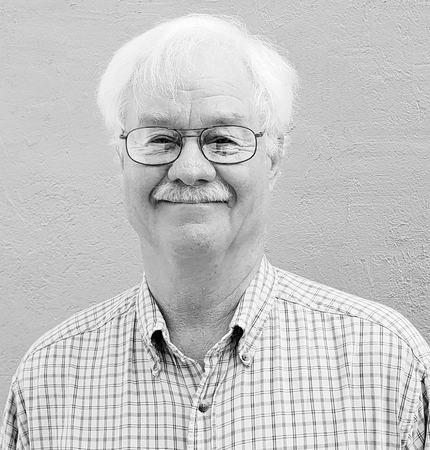 When I remember my ancestors, one in particular stands out as a shining example of courage and strength during challenging times—a 16-year-old girl who traveled alone by boat from Sweden to the U.S. to make a life.

As a member of the Center’s Board of Directors, I often think of her as I do my part to assist others trying to do the same thing, so many years later. I get great satisfaction from the knowledge that I'm a part of helping some other newcomer to our country get their start like my great-grandmother did 150-plus years ago.

I joined the Board in March 2019, although I had heard of the Center back in the 1970s, and became more aware of it during the farm crisis of the 1980s. The pivotal change for me came in 2008 when I heard a member of the Center explain the benefits of the Affordable Care Act. I was impressed. Since then, I’ve also become a part of the Center’s Granary Foundation Board, which has fiduciary responsibility for the Center’s endowment fund.

Unlike huge corporations and powerful interest groups, the Center is a voice for the voiceless. I have a particular fondness for the impact of the Center’s ability to offer business and residential loans to underserved rural, immigrant, and Native American people. Our target market is different from a typical bank, but our goal is the same: Make loans in a community so that everyone wins.

I earned my bachelor’s degree in chemistry, then served in the military, and after that returned to my family farm in Wahoo, Nebraska, where my wife, Carole, and I still live. I switched from farmer to banker, where I worked as a financial adviser, insurance sales representative, crop insurance agent, and agricultural and commercial lender before retiring.

I love that I’ve been able to take a lifetime of experience and use that knowledge to help lift up corners of rural communities that seldom get a lot of attention. The Center's work is a marvelous example of what grassroots organizing of morally engaged people can do to help others climb the ladder of success to the benefit of their families and community.

Read more about Ross on our blog.