Staff spotlight: Rural America is in Sandra’s past, present, and future 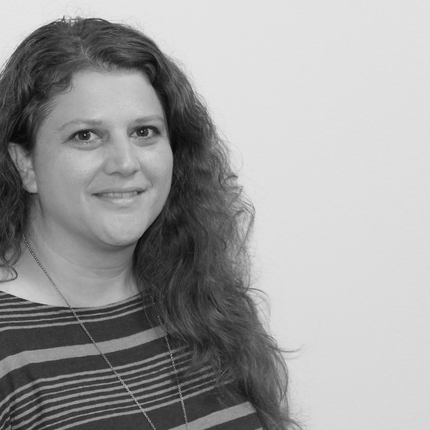 Sandra Renner has spent nearly five years focusing on a variety of work, all with one thing in common—assisting rural Nebraskans.

Newly appointed as the Farm and Community Program director for the Center for Rural Affairs, Sandra began as a project associate within that program, and has since immersed herself in everything from outreach and promotion to grant writing to project management surrounding food systems work.

In her new role, she plans to stay just as active in her quest to help better rural America.

“The Farm and Community Program is already doing work that serves as a national model right here in northeast Nebraska,” she said. “I want to continue that record of excellence, while striving to create programming that aids us in attracting new audiences that can also be served by our work.”

In 2014, Sandra began serving in AmeriCorps as a Farm to School coordinator for Nebraska, assisting with rolling out a pilot program to 12 rural schools. At that time, the Center for Rural Affairs hosted AmeriCorps positions engaging in food systems work. Since then, she has continued to work with the Center for Rural Affairs to support the expansion of Farm to School programming, along with leading the organization's work to support the launch of the Nebraska Food Council.

And, her work doesn’t stop there.

“I have had the pleasure of supporting rural food-based businesses in northeast Nebraska in connecting to commercial and shared kitchens, licensing, and food safety,” said Sandra. “Later this year, we'll be organizing a conference for food- and arts-based businesses, as well as for rural communities interested in developing strategies around local foods and the arts.”

Also, in the past year, Sandra has been connecting women non-operator landowners with one another, as well as with resources on risk management and conservation practices, and estate planning and land transition experts.

Several months ago, Sandra stepped into an additional role of assisting the management of the Center’s growing community inclusion team.

“I provide support to staff working with rural communities that have experienced demographic shifts due to immigration,” she said. “Staff working in these communities are helping rural leaders build more welcoming communities, as well as providing workshops on bias and having conversations across differences.”

Sandra has taken her many responsibilities with the Center in stride, and looks forward to the opportunity to branch out even farther as director.

“I've gathered insights from different areas of the Center, and am constantly looking at other program areas to see how our projects can complement one another,” she said. “It's given me an approach where I can see the big picture and then make a plan to create programs that build off the strengths of the organization and our talented staff.”

She says she would like to see the Farm and Community Program continue to seek opportunities that expand offerings in the area of farm and food systems, community inclusion, and Native communities.

And, with her varied work experience, Sandra knows she can make it happen. Her education in international relations focused on political science and the history of post-Soviet Eurasia, with a minor in German language.

“I credit my eclectic background with bringing me to work at the Center,” said Sandra. “I learned a lot about the history, politics, and dynamics of one of the largest groups of people who came to settle in this part of Nebraska.”

Before coming to the Center, Sandra spent more than a decade in telecommunications in local marketing, then became certified in holistic health coaching, and eventually took a position at a state agency in the health and human services field. When she started working one-on-one with clients, she became focused on health and nutrition and working with those who had barriers to those things.

“I began to see that there was something very wrong with the food system my clients in rural Nebraska were trying to access,” she said. “Many were living in food deserts in a state where agriculture is the top industry. When I saw the Center was advertising to serve in AmeriCorps to work on those very same food systems, I jumped at the chance to apply.”

Now, Sandra spends each day serving those Nebraskans, and wants to continue learning from the challenges she has faced and building upon her successes.

“Rural America is changing in so many ways, and we want to provide resources, education, and training for that changing landscape,” she said. “Many rural communities are seeking ways to attract and retain youth, and when there are opportunities within their own communities, they are seeing successes. The Center strives to build self-sustainability into our programs, and we tackle work that is making a difference for an equitable, sustainable future in Nebraska.”

And, as a lifelong Nebraskan, Sandra feels very strongly about continuing this work for future generations.

“I'm a fifth generation Nebraskan,” she said. “Both sides of my family emigrated here from the same region of Germany to pursue agricultural dreams. I'm grateful to get to do work that I love that also gives back to a place that has given me so much.”

In her free time, Sandra, her husband, and their three kids enjoy spending time in nature by going on retreats, camping, hiking, and visiting state parks. Sandra loves working in the garden or yard with her plants, and stays busy attending her kids’ band concerts, play performances, and running them to their practices.

END_OF_DOCUMENT_TOKEN_TO_BE_REPLACED

Gladys Godinez
01.14.2021
Packing plant workers need better protections
Inside packing plants throughout our nation, workers continue to lack enough personal protective equipment, or PPE; don’t have enough space for social distancing; and continue to worry about what is going to happen to them.
END_OF_DOCUMENT_TOKEN_TO_BE_REPLACED