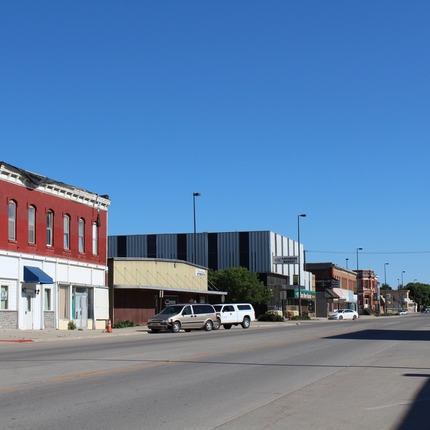 It has been well reported by now that Nebraska holds the distinction of being one of only two states to have refused an emergency federal boost to the Supplemental Nutrition Assistance Program (SNAP, formerly known as food stamps).

Less noted has been the particular need for this assistance in rural parts of the state, where food insecurity is high and access to groceries is more difficult. This assistance, were it accepted, would allow SNAP beneficiaries to receive the full benefit available under the Families First Coronavirus Response Act. These funds would help to ensure that all rural Nebraskans have enough to eat and, at the same time, provide an effective stimulus to the economies of small towns.

The governor’s administration has stated that this relief is no longer needed because life in Nebraska has returned to normal. While it is good news that Nebraska’s economy has not been hit as hard as some other states, it remains the case that the pandemic has put extra financial stress on families and low-wage workers. Unemployment remains nearly double what it was before the start of the pandemic, and, for a significant number of families, this emergency food aid could be the difference between having dinner on the table and having to send their kids to bed hungry.

More than 77,000 households in Nebraska regularly rely on SNAP benefits to keep their families fed, and participation is highest in rural areas and smaller towns. Rural Nebraska also tends to face higher rates of poverty and unemployment compared to the state’s cities.

Not only is the state putting these rural families in a hard spot; it is also missing out on an effective support for businesses hit hard by the pandemic. In normal times, SNAP is an important driver in rural economies. The dollars spent at a small-town grocery store help keep their doors open and, in so doing, support what may be the only place to buy fresh food for miles.

According to a well-known study by economist Mark Zandi, “Expanding food stamps is the most effective way to prime the economy’s pump.” Every $1 of SNAP benefits, according to the U.S. Department of Agriculture, translates to a $1.84 increase in gross domestic product. The money allotted through SNAP, since it is going to the families who need it most and has to be used on food, enters the local economy within a matter of weeks rather than being stashed away. Furthermore, USDA research has shown a positive benefit on rural employment when funding is increased.

Since the pandemic began, millions of additional dollars per month in SNAP funds have entered the state economy, helping businesses to get by. It is important to note that this money is not coming out of the state budget, aside from a share of administrative costs. Our federal tax dollars support this program no matter what. If we refuse the benefit, we do not save any money; we simply ensure that it is spent in other states and not in Nebraska. Given that the emergency SNAP expansion simplifies the application process for benefits, it is unlikely that even the minimal administrative cost would see any increase. In refusing these benefits, the state has left money that could help our neighbors sitting on the table.

The effects of this pandemic are far from over. Businesses are trying to make up for lost revenue this year, and substantial numbers of families are still struggling to afford enough food. The governor ought to join with our neighboring states in accepting these benefits, which will help ordinary Nebraskans who need it, without hurting the state’s bottom line.

Action alert: If you are a SNAP recipient or a food retailer and have a story to tell, we would love to hear from you. If you are willing to call the governor’s office or to write a letter to the editor of your local paper, that would be a great help, too. Please fill out this short form if you are interested in taking action or if you would like to stay up to date on food issues in Nebraska.

END_OF_DOCUMENT_TOKEN_TO_BE_REPLACED

Nathan Beacom
02.23.2021
Nebraska Unicameral Update—Feb. 23, 2021
Welcome back Mid-February saw a continued flurry of hearings to complement our snowstorms and cold weather. The Center has been following the progress of those bills that relate to rural life. Staff...
END_OF_DOCUMENT_TOKEN_TO_BE_REPLACED