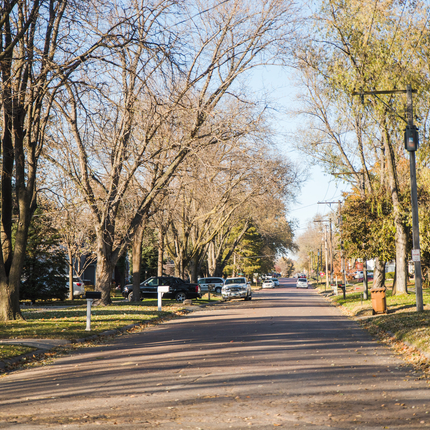 At the close of 2020’s unusual Nebraska legislative session, a long-sought grand compromise on property tax relief and business incentives was reached, but not without some controversy and disagreement.

The top line items from Legislative Bill 1107 include property tax relief in the form of a refundable state income tax credit, a new tax-incentive program for businesses, and funds dedicated to new development at the University of Nebraska Medical Center (UNMC).

This bill achieves the stated property tax relief by promising a $125 million refundable state income tax credit for school property taxes paid. Years two through four of this program would see the credit increased by any state revenue coming in above the forecasted amount, excluding 3.5 percent dedicated to a cash reserve fund. If that “rainy day fund” comes in under $500 million, 50 percent of excess revenue will go to the income tax credit. If it is above that number, 100 percent will go toward the credit. Once the credit reaches $375 million a year, it will increase according to the preceding year’s statewide property valuation growth, not to exceed 5 percent.

LB 1107 also maintains a $275 million a year property tax credit program and increases that program with a portion of racetrack and casino gambling generated revenue, pending the passage of a ballot initiative on gambling. As of this writing, Secretary of State Bob Evnen has pulled the initiative from the November ballot, but a potential court challenge leaves the fate of the initiative up in the air.

In addition to property tax relief, the bill replaces the Nebraska Advantage Act with the ImagiNE Nebraska act. This is the business incentive program, which would be capped at $25 million in 2021 and 2022, $100 million in the following two years, and $150 million in 2025. Thereafter, incentives would be limited to 3 percent of state net receipts.

Finally, the allotment to UNMC, known as the Nebraska Transformational Projects Act, or NExT, is in the amount of $300 million, pending $1.3 billion in additional monies pledged by the federal government and private sources. This money would create a national pandemic, bioterrorism, and national disaster response program in Omaha. This would build on UNMC’s premier capabilities in treating and controlling emerging infectious diseases like Ebola and COVID-19.

Some public officials and policy groups are concerned LB 1107 will create a significant revenue shortfall in the coming years, absent additional legislation to promote an increase in state revenue.

The OpenSky Policy Institute argues that revenue growth in the next three fiscal years will need to average 5.4 percent to fund the new programs and the state’s other needs. The current projected growth rate for that timeframe is only 1.4 percent. Due to the designation of funds above the forecasted revenue (apart from the rainy day fund) to the new income tax credit, lawmakers also worry about the state’s ability to fund other programs. With a projected revenue shortfall of $840 million, according to OpenSky, there are concerns that education and infrastructure will be underfunded in the coming years.

Sen. Tom Briese of Albion acknowledged these concerns, but called the bill a step forward and promised that adjustments could continue to be made next session. Sen. John Stinner of Gering, another figure who played an important role in crafting the compromise, argued that the tax-incentive is necessary for the growth of Nebraska’s economy, and that this growth will help to pay for LB 1107’s expenses. He said offering immediate tax relief and promising incentives to new businesses shows the state is “open for business.” To concerns about low projected growth in revenue, Stinner argues the bill was designed with an achievable 3.5 percent growth rate. Finally, Stinner assured Nebraskans that with a promise to meet current obligations as well as the guarantee of the 3.5 percent cash reserve fund, important programs will be funded.

Additionally, by amending the tax incentive plan to be phased in from an initial $25 million cap, setting a limit at 3 percent of state net receipts, and removing language allowing the governor to raise the cap, legislators made an effort to put the incentive within bounds affordable for the state.

The Tax Foundation, for its part, has been critical of the bill for providing only short-term relief without addressing the underlying problem. Although property owners will see relief in the coming years, high property taxes themselves will stick around, driving up land valuations and leaving Nebraska without the broad tax base it might need to properly fund its programs while fairly distributing the burden among taxpayers.

Eager for property tax relief, some agriculture groups, like the Nebraska Cattlemen’s Association, Bio Nebraska, and the Farm Bureau, have applauded the bill as an important step for Nebraska’s farmers during a challenging period. Business groups have also praised LB 1107 for incentivizing investment in the state, arguing that such incentives are significant drivers of a healthy state economy.

The continued disagreement over the bill and unresolved issues in its implementation promise the property tax debate will remain a live one in the coming years.

END_OF_DOCUMENT_TOKEN_TO_BE_REPLACED

Nathan Beacom
02.23.2021
Nebraska Unicameral Update—Feb. 23, 2021
Welcome back Mid-February saw a continued flurry of hearings to complement our snowstorms and cold weather. The Center has been following the progress of those bills that relate to rural life. Staff...
END_OF_DOCUMENT_TOKEN_TO_BE_REPLACED