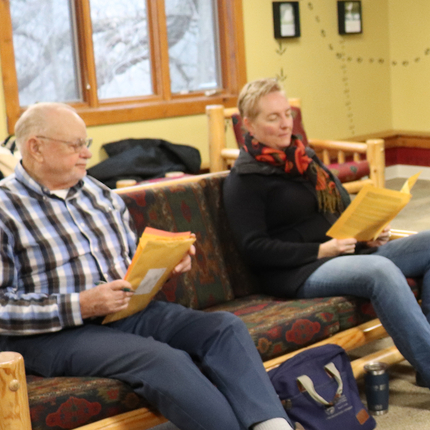 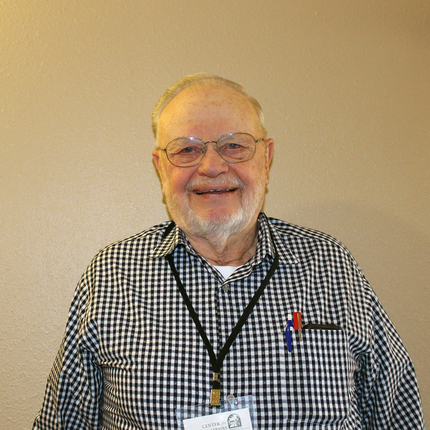 The Center for Rural Affairs Board of Directors meets quarterly, and members regularly provide support to staff. While that routine has remained fairly similar throughout the years, members have held their meetings in many different ways, and some have stood out, for good reason.

Paul Swanson joined the Board in 1995, and says a gathering in Brewster, Nebraska, holds extra significance for him.

“That meeting had a very different kind of atmosphere than we were used to,” he said. “There was supposed to be a new motel available but it had not been completed yet, so we got farmed out to different places—I got farmed out to a ranch bunk house which they also used for a hunting lodge during hunting season. As the evening went on, the cattle came right up to the cabin and you could hear them right outside the front door.”

From camping out next to bovine buddies, to utilizing online teleconferencing technology today, Paul’s relationship with the Center started in the mid-1990s at a Center-sponsored event in Hastings, Nebraska. That chance meeting has led to nearly 25 years of sharing his valued insights with the Center.

“The core topics probably haven’t changed very much, though the Center is working in a broader area now,” said Paul. “They’re much greater in the financial and business advisory field than they were initially. ”

Paul says Board meetings dealt with a lot of day-to-day details when he first joined, and have evolved over the years to include topics that have become more important to the Center’s focus as the organization has grown.

“From my perspective, the important things are the things that shape what we do and how we run the organization,” he said. “Because of the diversity of the Board, I see it as a source of ideas and perspective from different points of view and expertise in Nebraska, and now Iowa as well.”

And, though Paul sees the Center’s work as important overall, there are certain areas he naturally gravitates to. As an extension educator with the University of Nebraska-Lincoln Extension for 35 years, Paul specialized in sustainable agriculture and direct and cooperative marketing, and since retiring has been involved in organic farming.

“I've been in the farming and community segment of the Center, as I’m interested in progressive, regenerative agriculture,” he said. “I think it is a place to be heard for people with that background, and a chance for a broader exposure to those concepts.”

Not only has Paul served on the Board, he’s also enjoyed taking part in different areas of work over the years.

“That’s been a good experience, there’s good discussion,” he said. “We talk about ideas and possibilities. In the future, I hope the Center will have more input in those areas and convey the connection between regenerative ag and positive possibilities in terms of climate change.”

Throughout his time on the Board, Paul says there have been some changes, and they’ve been positive in the way of spreading the Center’s message and reach further into rural America.

“I think just the sheer size of the organization has certainly changed things,” he said. “It has also made it more likely to have more influence in the state and probably regionally, which is what we’re striving for.”

Feature photo: Paul Swanson and Board President Krista Dittman take part in a meeting in December 2019. | Photo by Rhea Landholm

END_OF_DOCUMENT_TOKEN_TO_BE_REPLACED 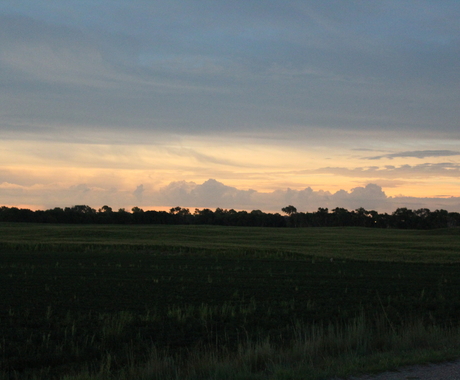