Pssst, The Secret is Out: Crop Insurance Is about to be Graded. Reform School Needed.

During the debate over the 2014 Farm Bill, members of Congress bragged about how much money so-called reforms of federal farm subsidies would save by doing away with direct payment to farmers and having federally subsidized crop insurance take over the role of providing a safety net for America’s farmers. 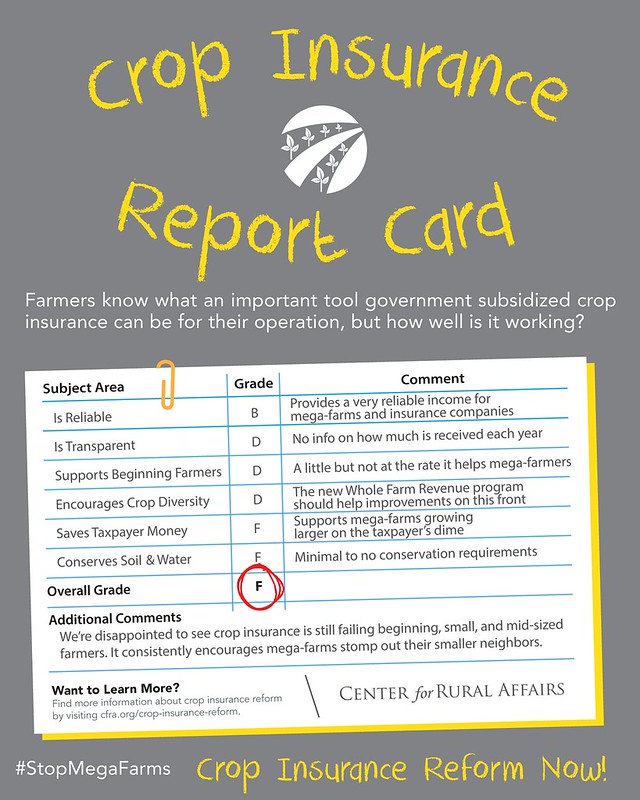 And on the bright, crisp morning of February 7, 2014, President Obama signed the Farm Bill into law and all the farmers and all the taxpayers and every resident of rural and small town America lived happily every after… (fade to black)...

OK, wait a minute, that last part didn’t really happen. Ever wonder how all those promises of reform have worked out? We certainly have, and the answers we’ve been finding led us to launch the Center’s Crop Insurance Reform Initiative.

Next week, we’re going to release a report card, evaluating how federal crop insurance has lived up to the promises made by Congress and the USDA. But you can sneak a peek at what grades they’re getting right now at the report card on this page.

I think there is going to have to be a lot of extra credit work done if these folks hope to graduate and become real reformers.

P.S. We opposed passage of this Farm Bill and called for a Presidential veto, because we knew these so-called “reforms” were a sham, so, just remember, you heard it here first… JBC