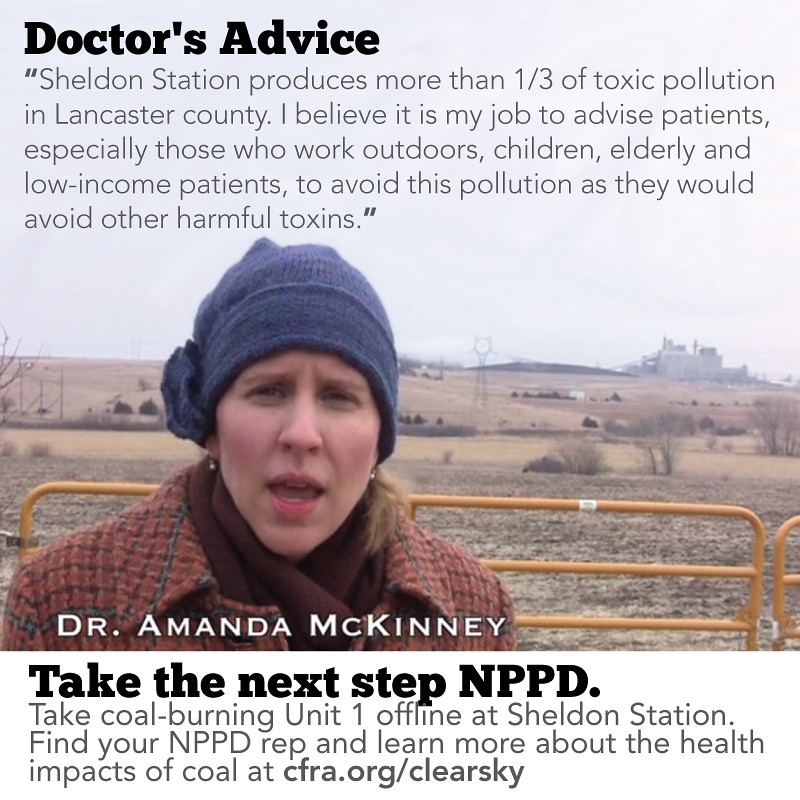 Nebraska Public Power District (NPPD) recently announced its decision to convert Unit 2 - one of two generation units - at Sheldon Station Power Plant to run on Hydrogen. The hydrogen fuel will be a by-product from Monolith Materials’ manufacturing process of Carbon Black.

While this shift from coal to clean-burning hydrogen is a step in the right direction, the job is half done. Especially considering the Hallam, Nebraska, power plant will burn coal at Unit 1 indefinitely.

In Nebraska, the bulk of our electricity generation comes from burning coal, a process which emits mercury, arsenic, acid gases, lead, particulate matter, sulfur dioxide, nitrogen dioxide, carbon monoxide and carbon dioxide into our air. Coal is not only becoming more and more expensive as a fuel source, it also creates and exacerbates costly health problems every day.

In fact, Harvard University found that adverse health impacts from coal generation cost the public an average of 9.3 cents per kilowatt-hour (kWh) of power generated - that means on average, Nebraskans pay twice as much for power when healthcare costs are considered.

The health impacts of coal-fired power go beyond what we pay on our electric bills, for rural and urban Nebraskans alike. According to the U.S. Environmental Protection Agency’s “Toxic Release Inventory,” Sheldon Station is the second largest source of toxic pollution in Lancaster County, accounting for more than ⅓ of the county’s toxic pollution. We pay the cost of coal’s toxic pollution in the form of doctor bills, care for chronic illness, and reduced productivity.

Numerous regulations for coal-fired power plants protect us from these toxins. But just one of these safeguards has the potential to prevent up to 3,300 heart attacks and 2,800 hospital admissions, in addition to 150,000 asthma attacks in children, 490,000 missed work and school days, and 6,600 premature deaths annually by 2030. Many of these safeguard regulations are already being enforced, and are doing their part to protect communities from the externalized costs of “cheap” coal.

Though NPPD is starting to make a transition to clean energy, its progress is far too slow. Toxic pollution from coal-fired power disproportionately impacts those that are most vulnerable, including the elderly, children, those in low-income households, native and minority communities.

Call your NPPD representative, and ask them to consider how continuing to spend ratepayer money on coal-fired power generation poses a significant threat to our own health and wellbeing, and that of future generations. Ask them to show their commitment to clean energy by retiring Unit 1 at Sheldon Station. 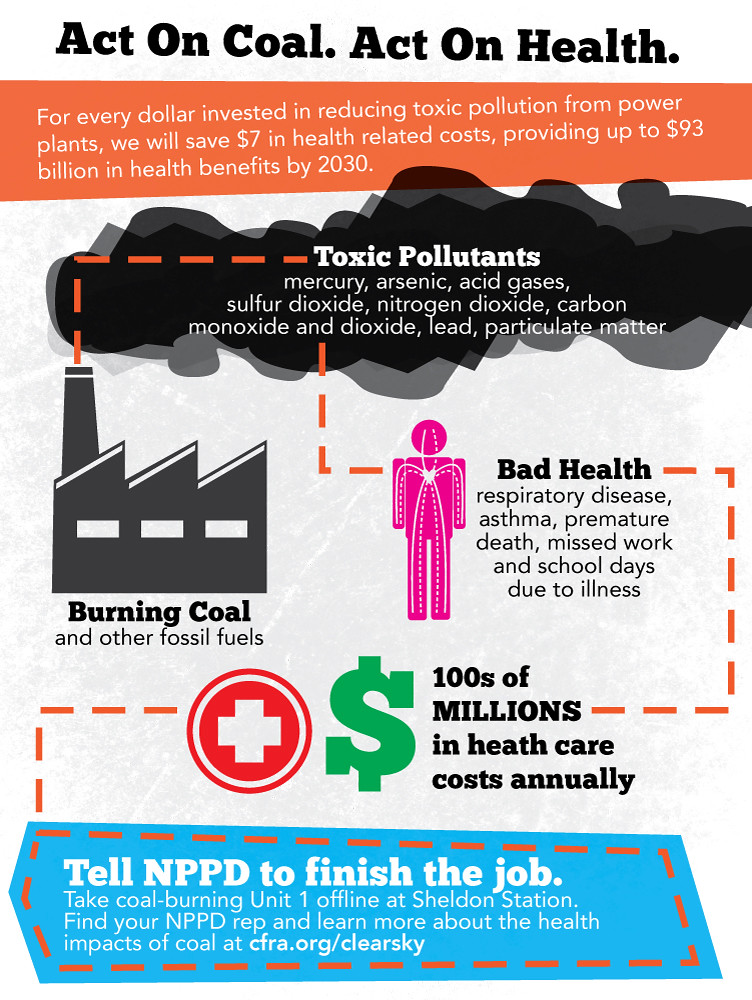