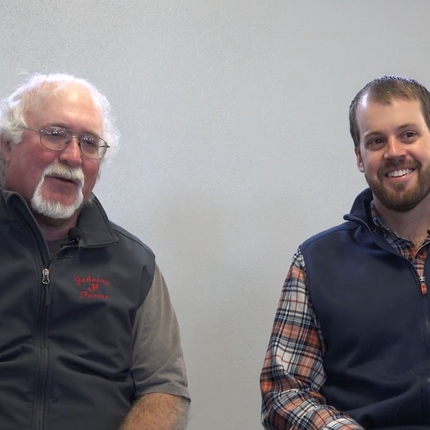 For Charlie and Aaron Johnson, family farming takes on a very literal meaning.

The cousins work together alongside Charlie’s brothers, Allan and Kevin, and Charlie’s son, Jordan, to operate a combined nearly 3,000 acres in Madison, South Dakota.

The Johnsons’ operation includes four major crops—corn, oats, soybeans, and alfalfa hay—in a six-year rotation. They also use winter rye as a cover crop, have a 200-head cow-calf operation, and do contour farming. All of their acres have been certified organic since the early 1980s, when brothers Charlie and Allan became “lifelong partners” in running the operation.

Around the same time, Charlie worked for a few years at the Center for Rural Affairs as a small farm advocate. After acquiring more land in 2009, Charlie and Allan asked Aaron to come back to the farm. He has since taken on over 500 acres of his own.

Aaron didn’t hesitate when the opportunity came to return to the operation.

“If you get a chance to come back to the family farm, you say ‘absolutely,’” Aaron said.

Kevin and Jordan have become involved on the farm more recently.

For generations, the Johnsons have prioritized conservation on their farm. Both Charlie and Aaron’s fathers were conservation-minded, especially with regard to soil health.

“My late father realized that soil was a living community,” Charlie said.

The Johnsons were presented with an opportunity to enhance conservation measures on their operation when they found out about the Conservation Stewardship Program (CSP).

Administered by the Natural Resources Conservation Service (NRCS), CSP is the nation’s largest working lands conservation program, and provides farmers and ranchers with financial and technical assistance to enhance conservation on their operations.

With CSP, the Johnsons were able to implement conservation practices such as harvesting their alfalfa in a wildlife-friendly manner, conducting leaf tissue analysis, and rotating salt and mineral blocks. One of the most beneficial parts of their contract was getting support for rotational grazing.

“The old time grazing was to send your cows out in a pasture and you came back and looked at them in September,” Charlie said with a laugh.

Support from their local NRCS technicians allowed the Johnsons to develop a paddock system to avoid overgrazing.

“We divide the herd up into about six or seven different pastures,” Charlie said. “So, during the grazing season, we have our cows in groups of 20 to 25 head each. We think that’s been a lot better for grass and pasture management, as well as for herd health.”

Now, they work with their cattle multiple times a week, if not daily. After implementing the new system, they have seen improvement in the cover of their paddocks.

While Charlie and Aaron had been doing conservation measures for years, they said CSP allowed them to enhance their practices.

“I would encourage operators to strongly consider CSP, especially if they are either practicing a lot of good conservation measures, or if they’re willing to try something new,” Charlie said.

“I encourage them to develop a relationship with NRCS if they haven’t already,” he said. “They’re there to assist, and they’ve benefited our operation.”

The 2020 sign-up period for farmers interested in enrolling in CSP has begun. Many states, including South Dakota, Iowa, Nebraska, and Minnesota. have set their deadlines for May 29.

Deadlines vary by state, so farmers should contact their local NRCS office as soon as possible to begin the process. Due to the COVID-19 pandemic, U.S. Department of Agriculture service centers are taking precautions by conducting business by phone or online only until further notice.

END_OF_DOCUMENT_TOKEN_TO_BE_REPLACED 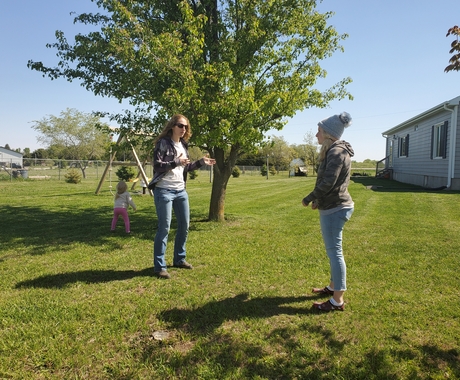 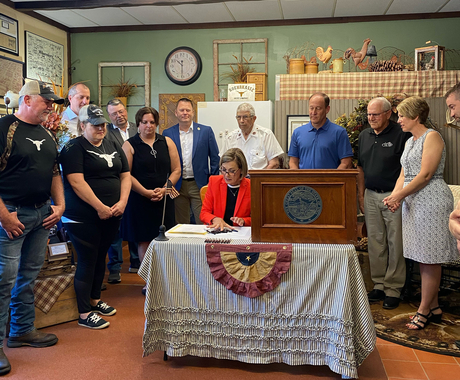 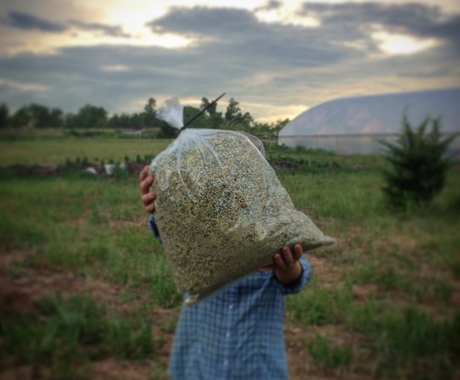 Erin Schoenberg
06.08.2021
Beginning farmers will close business after losing access to land
In the years since, the Savilles have continued to grow their business, Spiritus Vitae Botanicals, as well as the amount of land they have put into production. They had to relocate their farm several times over the years, but they were not deterred—until now.
END_OF_DOCUMENT_TOKEN_TO_BE_REPLACED